This beautiful, becoming image was painted in 1897 by Charles R. Knight when there were still brontosauruses. Not, of course, when brontosauruses actually lived. Rather, it was painted when ‘brontosaurus’ was what we called the prehistoric animal that so captures our imagination with its long neck and tail and tiny (relatively speaking) head. This painting is a delightful mashup of imagination, art, taxonomy, naming, competing truth claims, and the historicity of knowledge – that is, the ways in which knowledge is not ‘truth’ that is ‘known,’ but an evolving production (if you will excuse the pun), an accumulation of past events, be they ‘discoveries,’ ‘namings,’ postage stamps or movies (like Jurassic Park). This is a production in which ‘non-scientists’ participate, even to the chagrin of scientists. We’re now supposed to call this beast Apatosaurus, but most of us don’t, and I think there’s  something political in that. Trumping the conventions of naming that fueled the bickering described in Stephen Jay Gould’s Bully for Brontosaurus, it insinuates imagination, culture, and memory into the fold of scientific knowledge.

Dinosaurs are a favorite topic of mine to read about on the internet. When I do this, I’m participating in a phenomenon we might call ‘internetting,’ an activity I think many of my generation, milieu, and proclivities spend a great deal of time doing. It entails seeking and consuming vast amounts of information from the internet, following the links to the next interesting subject that catches one’s attention. This comprises a chain of knowledge consumption that can go in wild trajectories.

What is significant to me about internetting are the ways in which it adds dimension to our understandings of the role of knowledge in everyday life. The purpose of internetting is not to find out information that I need in order to do or accomplish something; it is similarly not a form of study for the purposes of gaining competency or expertise. Internetting is experiencing information for the purposes of enjoyment. It is about experiencing knowledge, and finding pleasure in that experience beyond any ‘use value,’ including even retaining the information to memory.

The idea that knowledge is pleasurable is not new, but perhaps the incredible accessibility that some people have to the knowledge that fuels this pastime is unprecedented. I’d love to see a qualitative study  that analyzes the nuances of knowledge enacted by internetting. I suspect that like myself, other prolific internetters must be spurred by great curiosity. 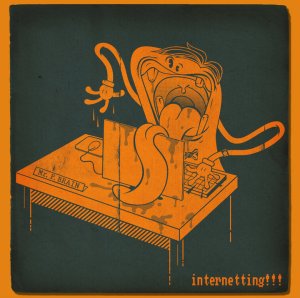