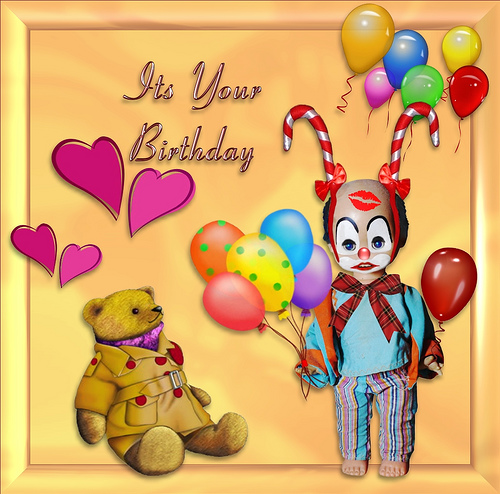 A story is making the rounds in various news sources that researchers in Israel have shown that women who were visited by a “medical clown” after receiving in vitro fertilization treatment had a 16% higher rate of pregnancy than women who did not receive this followup visit.

I study science and reproduction; my colleague Danielle Deveau studies humour. Here, we have a dialogue about the story.

To me, this story resonates with discussions of the so-called ‘placebo’ effect. What is a medical treatment, and what does it mean to treat? Often times it seems that effects of treatments that do not fit neatly within biomedical understandings of chemistry or physiology are deemed placebos – for example, homeopathic treatments without a strong evidence from clinical trials supporting them. The placebo effect is often seen as evidence for the ways in which our psychological state of mind is profoundly linked to other aspects of our well-being. However, positive outcomes of treatments that are biomedically unproven are often dismissed by proclaiming them ‘placebo effects,’ undermining their value in people’s experiences of health and disease. To me, so-called placebos are really just indicative of how little we truly understand about our bodies’ healing. This study of the use of medical clowns to improve the spirits of women undergoing stressful procedures suggests that researchers are attempting to move beyond the standard forms of treatment in medicine (medicinal chemicals, surgery, etc.) toward a wider understanding of care.

In order to buy the story, we must be willing to imagine that implantation of a fertilized embryo is not just a physiological process. We must, in fact, be willing to see that laughter, a smile, or a good mood are forces that affect that tiny, fragile embryo. So a question for Danielle: does the standup comedian, purveyor of humour, understand how they may have the power to affect the tiny embryo?

Certainly many stand-up comedians are conscious of their role as laughmakers, and that the impact of humour can resonate beyond the walls of the comedy club. The “release” that we get from a good laugh is perhaps vaguely associated with a general sense of well-being. However, when a joke goes badly, offending someone or causing them emotional harm, joke-tellers are often quick to argue that ‘it’s just a joke.’ The implication is that what they are doing is profoundly insignificant, just for fun, and has no legitimately serious consequences. Humour takes the praise more readily than it takes the blame.

What I find particularly intriguing about the discussions of this clown-program are that they are quick to associate clowning and comedy with improved health (or in this case, improved success rates of in vitro fertilization). To suggest, however, that there is something particular about laughter and humour that makes it a valuable medical tool cannot really be argued based upon the current data. What we know about this study is that pleasure, or distraction, or relaxation, or some combination of similar effects may be impacting the viability of the procedure. To foreground the comic aspects of the study is to misrepresent the data. Any number of things could have been used to take patients’ minds off of the stressful procedure; simply talking about something other than medicine and babies might have been sufficient. Or, if the key is relaxation, then a massage or perhaps calming music might have been equally effective.

There is something very compelling about the idea that laughter is good for us, that it really is the best medicine, but this believability can unfortunately distract us from the actual evidence. Rebecca, might there be room for more nuanced understandings of this study in medical discourses? Or, should we simply accept that the use of clowns “works” and leave the social scientific qualifying statements out of it?

Good point, Danielle. In fact one of my first reactions to the story was, “Hm, but I don’t think clowns are very funny and I doubt they could make me laugh.” To interpret the effect observed in pregnancy rates as a function of the good work of humour does seem to be making sweeping assumptions about the nature of humour. As you say, sometimes humour can harm.

The question of whether something “works” is actually quite profound. First, we must decide on an outcome: what “work” do we hope to accomplish? In this case, the work is implantation of the embryo – but by proxy, the work is actually to have a woman laugh or feel less stress. Then we must try to determine what entities could potentially do this work. One wonders if laughing gas or a good tickle could have the same effect as the clown – but medical clown it is. We run the experiment or trial. Then we must find ways to determine if the work we wanted done has actually been done. Each step requires a selection from many possible decisions. In this way, the outcome of the experiment seems really just to be a trace of the decisions made. We must somehow make a leap from the trace to a statement of generalizable truth if we want it to become scientific knowledge. And even if we are confident our desired worked was carried out by the mechanism we tested, is it ever possible to fully separate from all the possible causes the “real” cause of the observed effect? The evolution, change and growth of scientific knowledge shows that there is always something left unaccounted for.

There are many treatments that seem to “work” and we don’t know why; sometimes scientists themselves do not know the exact mechanism of established medications. In fact, some of the mechanisms by which acetaminophen “works” are not known! Yet I eagerly take acetaminophen despite not knowing exactly how it works because I have first hand, phenomenological experience that when I do, physical pain, so material, so insistent, subsides. At the same time, I sure am glad that scientists have tested it rigourously and have confidence in its safety. When we’re talking clowns, it seems innocent enough. But we also knew that thalidomide worked to treat morning sickness… So I’m glad that “it works” is now not typically the approach taken to developing new potential medications and therapies.

Danielle, what do you think: could the ways in which the researchers/journalists seem to potentially be “misconstruing” the nature of humour rather be interpreted as a pragmatic approach to care, one that combines current knowledge with a bit of speculation and a bit of experience? Or is this antithetical to the rigour we expect from science?

As I think you’ve laid out very well, there are serious methodological implications related to the statement that something “works.” I think part of my concern is that when medical experts assert that something “works,” we tend to believe them, regardless of the methodological rigor with which they came to this claim. At every stage of the study, from the choice to use clowns, to the way that we acquire the data related to the efficacy of clowning, decisions are being made, exclusions are being justified and assumptions are being folded into a compelling narrative  about the medical efficacy of humour and good spirits.

To round out the study, perhaps women who are frightened of clowns should have been exposed to the entertainment. In such instances, could we expect to see a drop in the success rate of in vitro, and would this tell us anything about the actual effectiveness of clowns per se? Obviously such a sample would not be sought, as it violates our expectations about medical ethics and notions of harm. Again, it is all too easy to jump to the conclusion that something “works” when the “work” is perceived as positive.

Furthermore, if the efficacy of in vitro fertilization can be linked to an emotional or psychological state of the patient following the procedure, does this not open up the possibility that women who do not successfully conceive are somehow at fault? Are women who do not experience better in vitro results simply less fun than women that do? Do they simply lack the right sense of humour? To correlate medical results with something experiential runs the risk of also correlating the lack of medical success with the patient’s inability to effectively experience post-procedure pleasure, bliss, and entertainment. We cannot, after all, simply order people to relax and expect that this will do the trick.

Rebecca, do these narratives have the potential to open up discourses of blame directed from medical practitioners towards patients? Does proof that a woman’s mental and emotional state impacts her ability to conceive bring us dangerously close to associating a woman’s inability to conceive with hysteria, or unwillingness to follow her doctor’s orders?

Interesting, Danielle. The clown is not hysterical; she is.